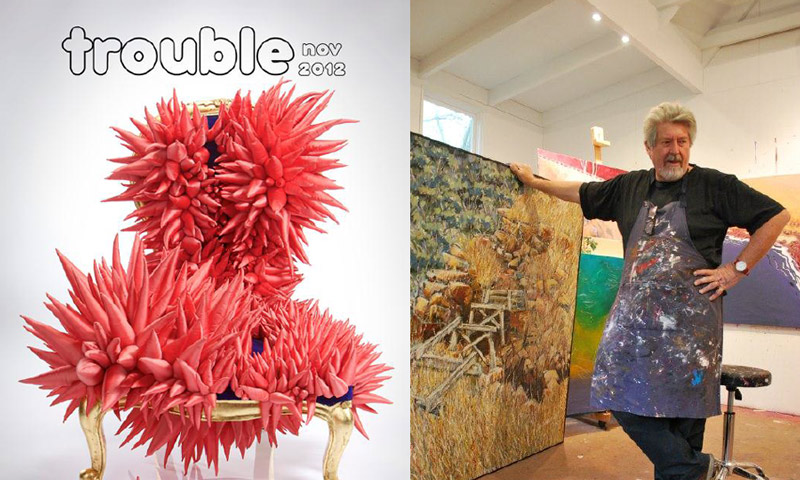 When Allan Wolf-Tasker and his wife Alla first found their niche in the world it was a paddock choked by gorse and blackberries, replete with seven rusting car wrecks. The land was an ex-mine that “had been turned completely inside-out”, and had been on the market for over a decade without a single offer. That was more than thirty years ago, and a lot has changed since.

For one that rough little slice of paradise leading to a muddy swamp on the shores of Lake Daylesford has been transformed into the Lake House, a stunning ‘gourmet retreat’ in the heart of a now world-famous destination.

“Now it’s a village,” Allan smiles, flicking his eyes in the general direction of Daylesford, the burgeoning tourist township and a peaceful creative haven for as many established and successful artists as it is for the emerging ones.

As owner-builders, the road to such success has not been a charmed one, Allan admits. Yet the evidence of the couple’s achievements is all around us in his relatively freshly built artist’s studio.

The studio building is a simple box-on-stilts design, located around a quiet corner of the restaurant, over a bridge that crosses a little fern-filled valley with a natural spring-fed creek running through it. This forested walkway leads to a generous verandah, open into the studio itself. Here the artist sits surrounded by paints and paintings with maybe Miles Davis playing on vinyl, and always in the background the ferns and gorgeous native trees and the tinkling of a creek that was only discovered after they had cleared some blackberries to plant the ferns. Sweet love!

The artist’s studio is pretty much the finishing touch to many years of building on the Lake House site. It was completed a few years ago, says Allan, “with a little help” from friends and family. “But now I’ve hung up the nail bag. The knees have had it,” he admits.

For Allan the space is an important piece of their collective dream realised, but it has taken an enormous amount of patience. “My wife wanted a restaurant,” says Allan. “She’d be the chef and I’d get to be what I wanted to be,” he says. “Well, I’ve spent a lot of time waiting on tables …”

Yet his time spent painting has been far from wasted. Allan went to RMIT in the 60s when it was “a proper technical school” he says. “They had excellent lecturers there – many European lecturers – producing competent and confident multi-skilled artists. There were a whole lot of technicians there,” he stresses. “You could ask them anything. They knew how to teach real skills.”

The time to be a full time artist may have been a long time coming, but “every artist has another business,” Allan says. “At least at the Lake House my audience is around me all the time. For me a part of the joy has been getting to know guests at the hotel who have come back six months later, after thinking about it for a good long while, and asked me to paint something especially for them.”

Wolf-Tasker does mainly landscapes and social paintings. His current landscape series started in the harsh, rugged, thirsty country of Toolern Vale in Victoria. “I had developed a bit of a formula and needed to break the old habits,” he says. The series went through a “masochistic phase … whipping the painting with a piece of string, using any technique I could think of to give me the means to express what I was seeing in my head.”

The resulting landscapes are collaboration between what he sees and what he feels. “As long as I’m not hell-bent on depicting the scene, then somehow I manage to portray something about what I’ve seen.” 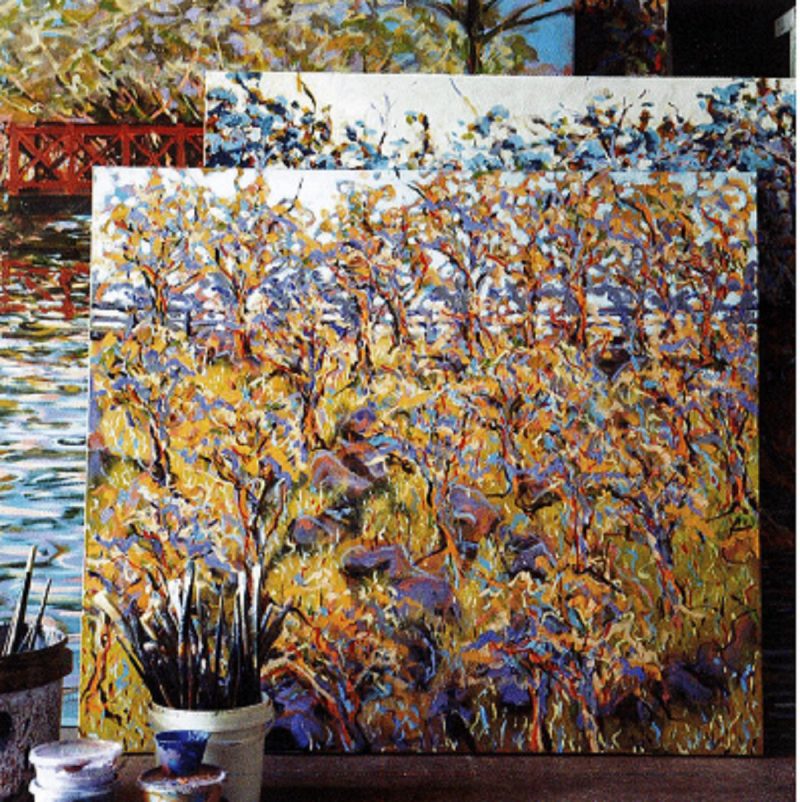 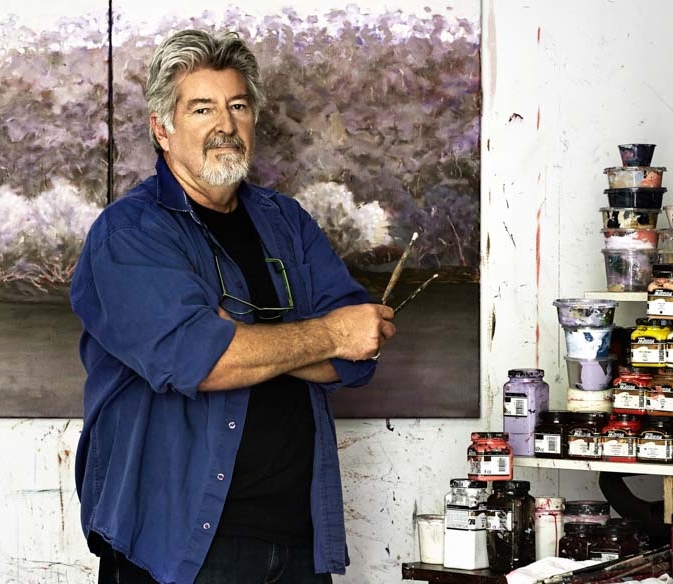