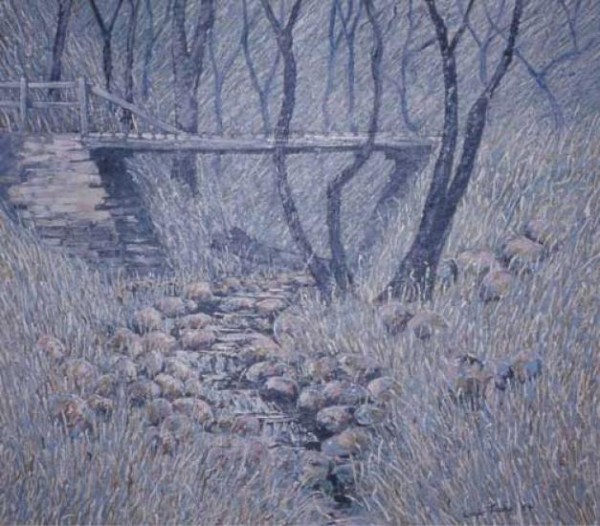 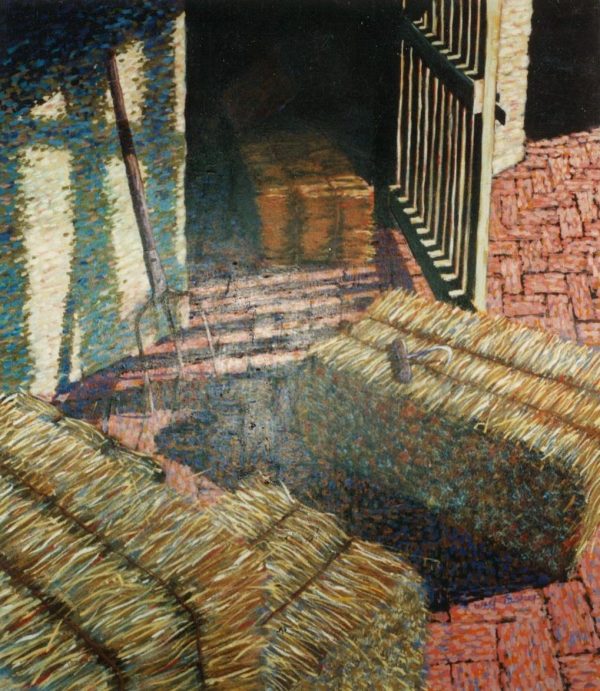 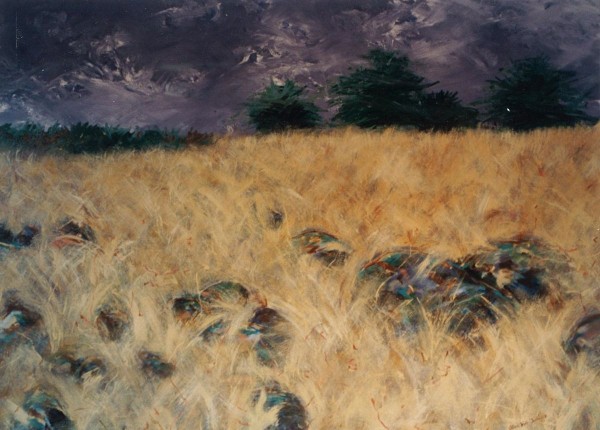 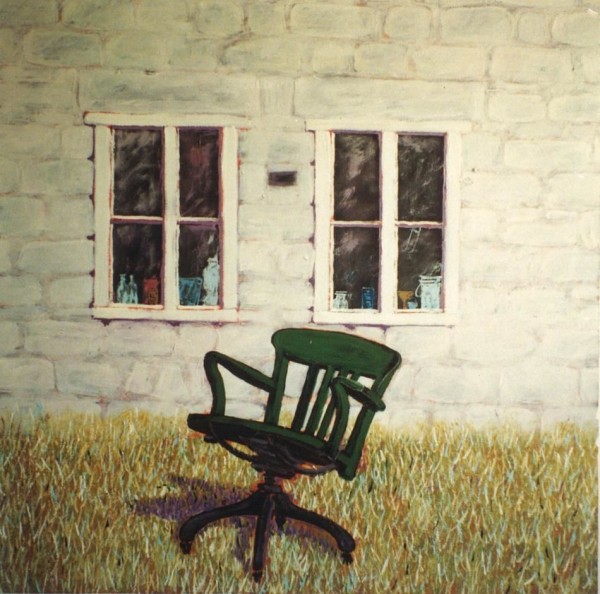 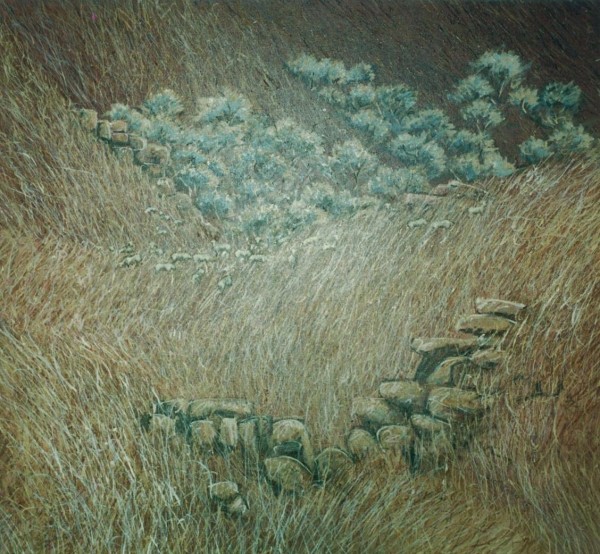 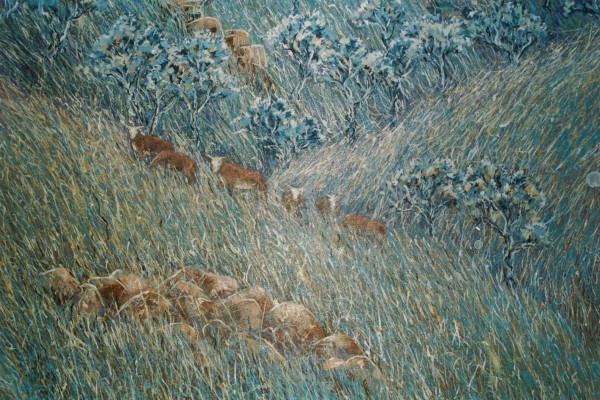 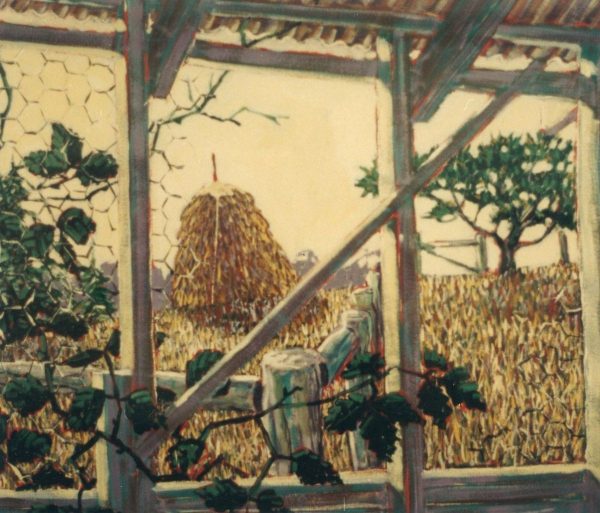 Haystack at the abandoned Hatchery

Back in the early eighties we experienced another really severe drought. I traveled the road from Melbourne to Daylesford quite regularly and watched the Central Highlands turn to dust. The undergrowth disappeared, old gold mining sites became exposed and the forest dropped every unneeded leaf and twig on the floor. It became a time of dramatically reflected light emphasized in differing ways as the seasons changed.

I worked on large sheets of primed fabric trying to grasp the effect of this landscape being consumed by this natural disaster. I chose again to heavily punch the background colors into the canvas, hoping and trusting to represent the turmoil of the upturned earth, and then employed what I later called a masochistic technique to apply the detail of the works. This tragedy required a labored effort. It involved lashing the colour on to the image with a piece of twine, requiring thousands upon thousands of strokes to represent that brittle and fragile environment.

Powerful images based on sections of hillside became my “Banners of the burnt landscape”.

The wetlands at Edithvale were a favourite haunt in my younger days. Twentieth century engineering had drained the original lagoon and left a shallow swamp, full of bird life, boggy islands, secret paths and a mass of low slung vegetation.

In my adult years I added coastal dunes, tidal river flats, wind blown plateaus and mineral springs areas to my catalogue of grassy sites. The resulting works are quite wide ranging in their perspective, from broad panoramas to disorientating aerial snapshots.

The paint application is by contrast quite consistent, with the background and the earthly surfaces scumbled onto the paper or canvass, while the vegetation is swished on in powerful dry brush strokes and highlighted with course narrow quill like details in strong opaque material.