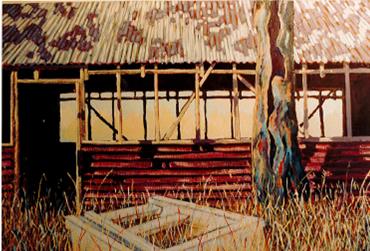 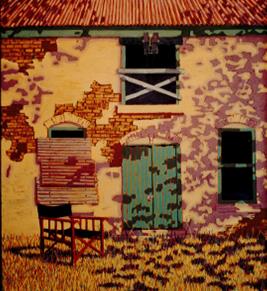 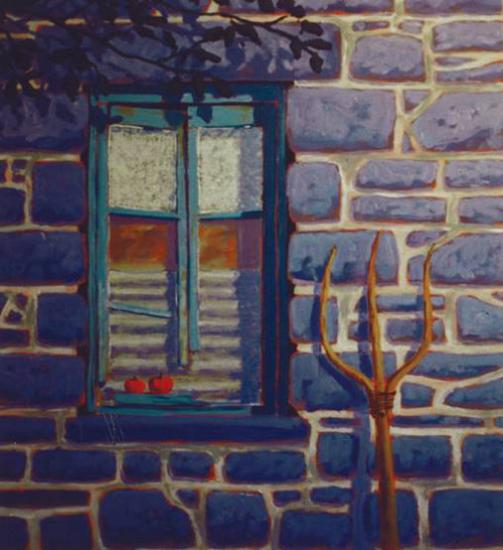 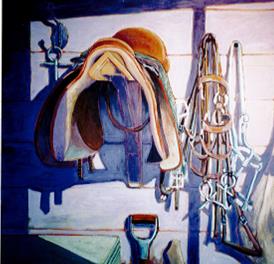 Ballanee Saddle and Harness
Warning: A non-numeric value encountered in /home/customer/www/allanwolftasker.com/public_html/wp-files/themes/jkreativ-themes/template/portfolio/portfolio-gallery.php on line 47 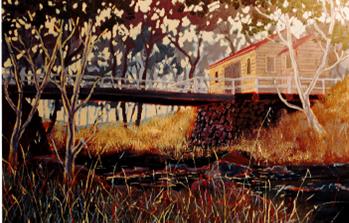 Haystacks
Warning: A non-numeric value encountered in /home/customer/www/allanwolftasker.com/public_html/wp-files/themes/jkreativ-themes/template/portfolio/portfolio-gallery.php on line 47 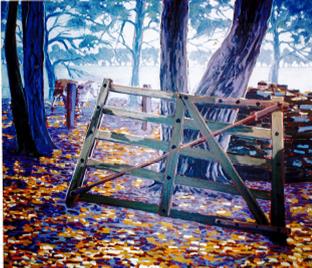 These were the products of several invitations to explore some historically significant properties for inspiration. Tuppal, Ballanee and Culloden Park were three large but quite different venues and resulted in pleasing introductions of architecture to the work. Tuppal, with its “seventy two stand shearing shed” and a massive spread along the Murray presented the quintessential timber, slabs and shingles, and corrugated iron built form of the Squatters era.

Ballanee by contrast exhibits the far more substantial remnants of the landed gentry’s bluestone station village. The workers cottages on these sites may have long gone but the key structures remain intact and are put to contemporary use. The influence on my work was immediate with the palette becoming more restrained, the drafting more conventional and the application of paint much more disciplined.

By far but maybe only to me the more significant paintings were those that introduced animal forms into the subject matter, for this was a new development, although several successful smaller still life works did emerge also.