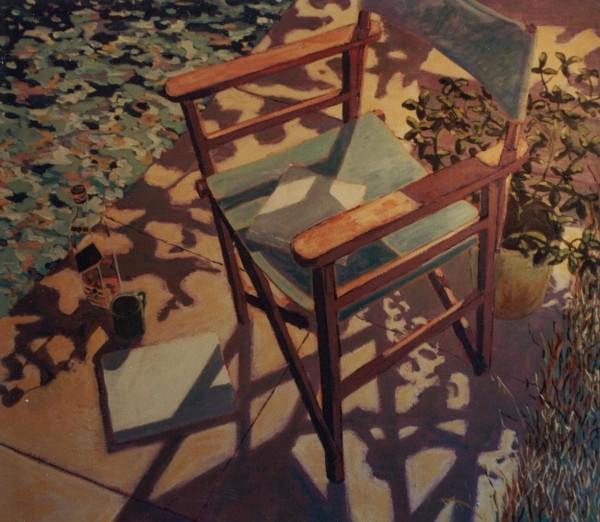 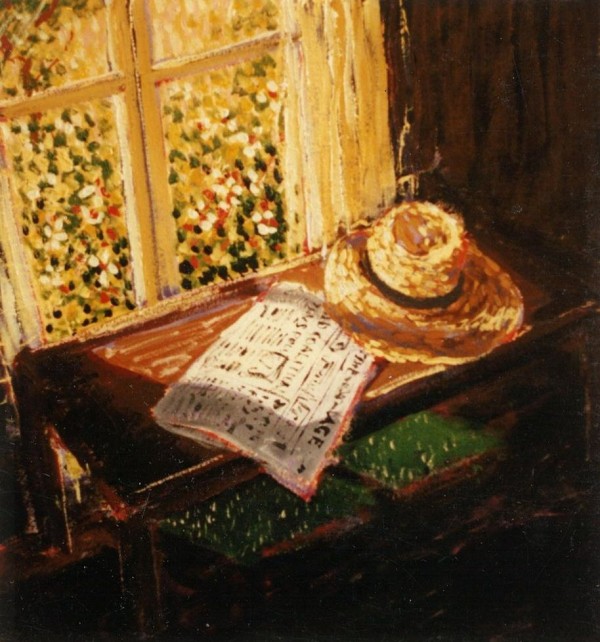 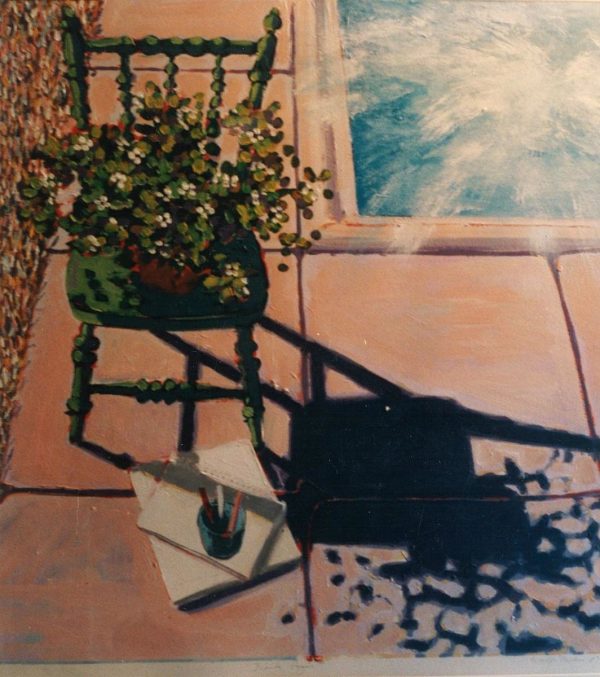 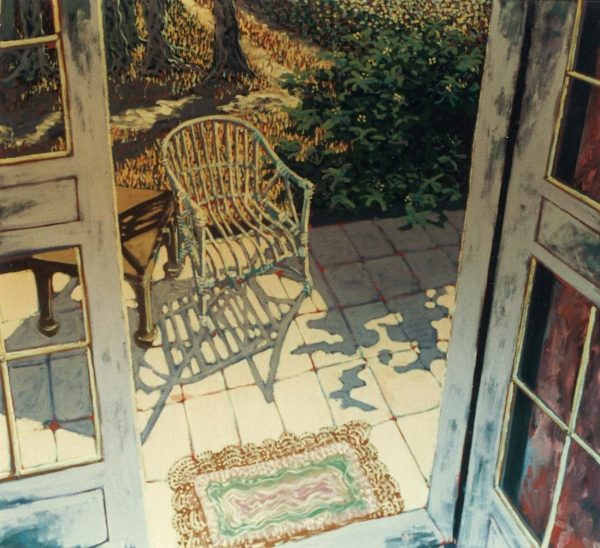 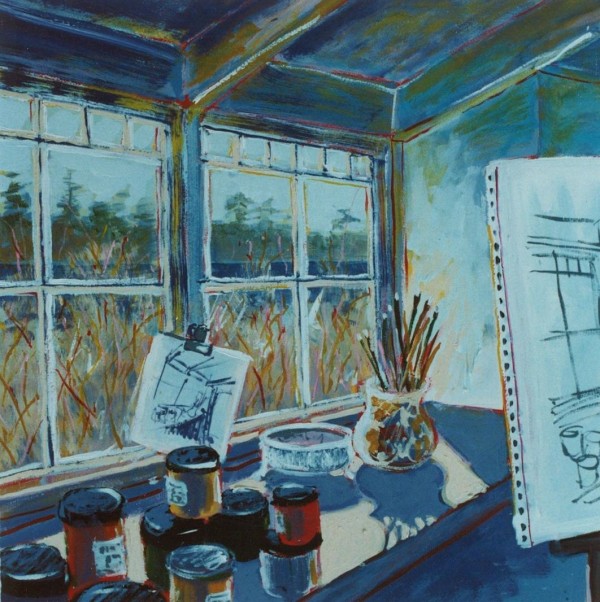 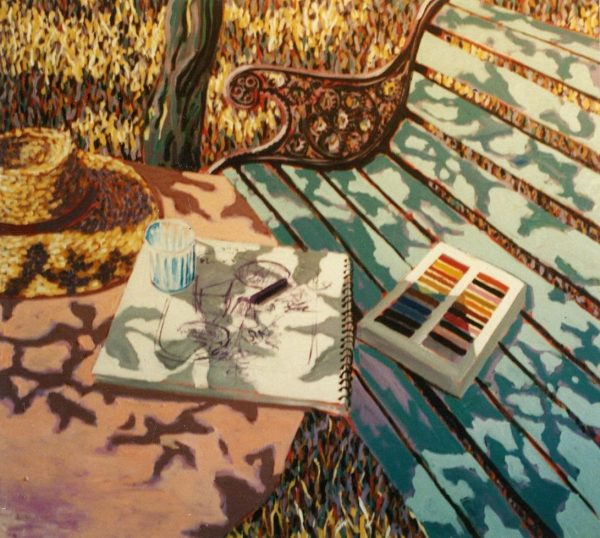 This converted garage and its surrounds (at the same moment in time as the verandah works evolved), at one stage became the subject of much of the work. Everything was in the mix … structures, still life, water, foliage, creatures and memorabilia.

Although the number of relevant works is not huge this parallel sector was one of intense consolidation with techniques and drafting being of significant importance. A lot of the work was dumped as I struggled with boredom and lack of progress. Creating successful works out of a “nowhere” place was a slice of the challenge. The “portraits” fell into this period under the banner of still life works, but were not pursued. The palette altered again and the dry layering of colour began to make an appearance.